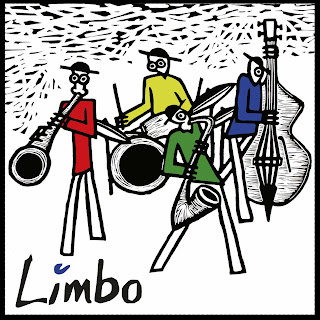 We´re proud to introduce the re-edition of the first recording of avant-garde jazz quartet Limbo; this recording could be considered without exaggeration as one of the most powerful and most distinctive in existing context of Czech jazz scene of the 21st century. Unfortunately, its samizdat edition on CD-R in 2005 was quite overshadowed due to the then attitude of media and other institutions to more alternative means of recording. Leader, saxophonist and bass clarinetist Pavel Hrubý has reoriented the style of Limbo several times since that time, so as other remarkable recordings and concerts have come about, this time appreciated by wider audience; however, material from the first session held in Prague studio Faust with original all-star team (Pavel Hrubý with František Kučera – trumpet; Taras Vološčuk – double bass; Miloš Dvořáček - drums, percussion) still keeps its unmistakable position within the whole discography of the band. Apart from originally published collection, this netlabel re-edition contains also one bonus track coming from the same record sequence.