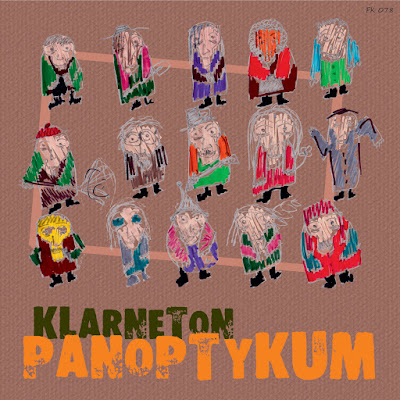 The new album of Klarneton project "Panoptykum" is the conceptual compilation of the mostly improvised music for clarinet. Features of clarinet – a wind instrument, which can be attributed to academic, jazz and folk – are demonstrated in the all sorts of combinations and moody settings. As much as eight musicians were involved in the presented dozen of tracks.
"Tracklist was formed by prantsype of  pyramid, moving from the fragile and small till monumental, sustainable. I advise for adepts pay attention on the duets with saxophonist Vital Appow (ex- "Rational Diet") and bassist Eric Arlou-Shymkus (Vuraj) especially. Eric's instrument was multiplied till the infinity in the last track", - says the compiler of the album, clarinetist Viktar Siamashka.